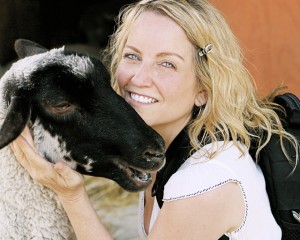 Photography is all about special moments – seeing and capturing those moments, and sharing them so they live on.

My theatrical training as an actress and dancer has informed my photography, including thousands of shots of various rock bands onstage.  I believe my style has a slightly surreal beauty and drama that reminds me of my days in the theater and film. Shooting musicians in concert is one of my greatest joys. I’ve had the pleasure of shooting live with such amazing musicians as Muse, Slipknot, Vampire Weekend, Pennywise, Xavier Rudd, Band of Skulls, The Temper Trap, Edward Sharpe and the Magnetic Zeroes, Dead Weather, Perry Farrell, She and Him, Jessie J, The Red Paintings and many others; at such venues as Coachella Music Festival, Smokeout, Musexpo, The Fillmore, House of Blues, The Dolby Theater, Hard Rock Cafe, The Viper Room, The Whiskey, The Roxy, Key Club, Hotel Cafe, Beatles Revolution Lounge, and Bar Sinister.

I have a great passion for animal rights and I think my connection to animals shows in my work.  I have a love of animals that has been my inspiration through most of my life.  Whether human or animal – my photography is all about connection, and capturing the beauty of that moment.

Please contact me for pricing on headshots and other portraiture, weddings, events, and band shots.  If you are interested in viewing more of my companion animal and other animal photography please visit – animalsandtheirhumans.com